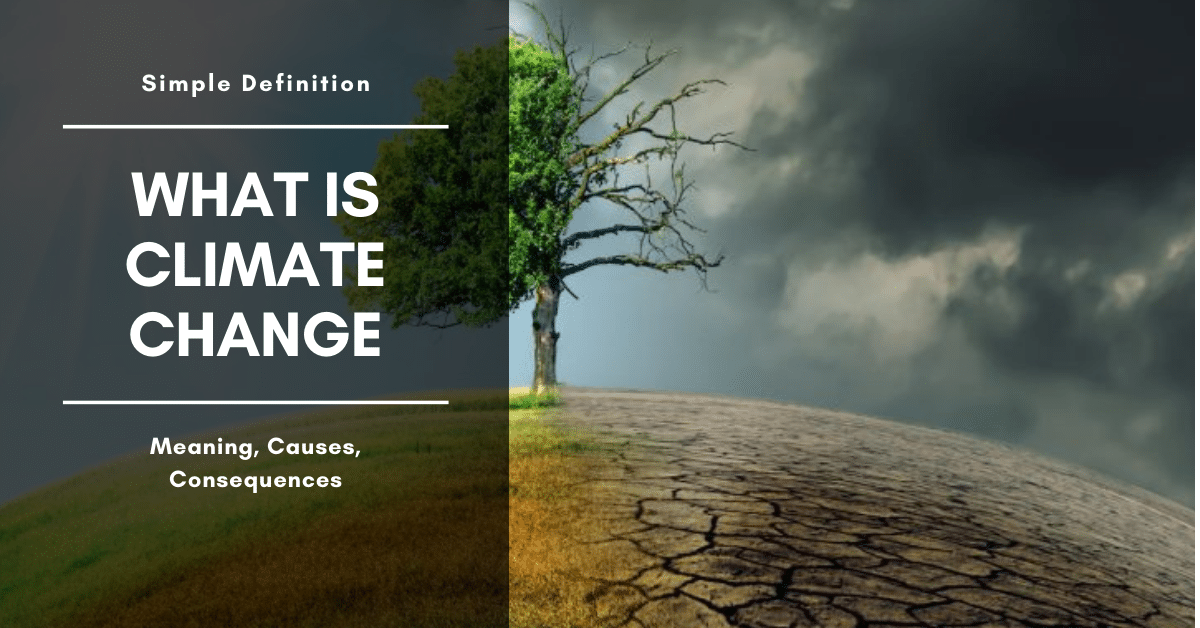 Long-term changes in temperature and weather patterns are referred to as climate change. These changes might be caused by natural processes, but since the 1800s, human actions have been the primary cause of climate change.

These modifications have a wide variety of effects that are associated with the term. This is mainly because burning fossil fuels, such as coal, oil, and gas, creates gases that trap heat.

The facts and figures about climate change will have you convinced that there is no alternative to the rapid and irreversible destruction of the Earth that is now being caused by global warming. Prior to 20,000 years ago, a large portion of the United States was covered by glaciers. Today, we have a warmer climate and fewer glaciers in the United States.

What is the cause of climate change?

The cause of climate change is the increase of Greenhouse gases such as carbon dioxide and methane in the atmosphere which keeps the Earth’s temperature stable. China is the top country by methane emissions in the world. As of 2012, methane emissions in China was 1.75 million kt of CO2 equivalent. The top 5 countries also includes India, Russian Federation, the United States of America, and Brazil.

The biggest threat to the world’s existence today is global warming.

Global warming caused by human emissions of greenhouse gases, as well as the subsequent large-scale changes in weather patterns, are all part of climate change.

There are many contributing factors, but the two most important ones are deforestation and industrialization. Deforestation is the cutting down of trees for various reasons. Because there are fewer trees, the sun’s rays can no longer heat up the soil, leading to drought and other climate changes.

Some proposed solutions to global warming are conservation, such as the increasing use of wind and solar power, and the establishment of a global tax on energy use.

Let’s take the second option. The government should put a tax on energy use, and use the money raised to fund scientific research to find a way to filter out the extra carbon dioxide in the atmosphere.

America, as one of the richest countries in the world, has the resources to implement such a tax. Hopefully, other rich countries will follow suit in implementing a tax on energy use, which will go towards researching solutions to global warming.

Thanks to the work of the IPCC and other research groups that work on climate change definition, the consequences of the problem in our lives are better understood. In many people’s minds, climatic change is a relatively remote problem which simply means it gets warmer. The consequences are nevertheless much more profound and more serious.

Global warming, according to Climate.Gov, applies only to the Earth’s increasing surface temperature, while climate change covers warming and perhaps even the “side effects” of warmings, such as melting glaciers, heavier rainstorms, and more severe droughts. In the end, global warming is just one facet of the far broader issue of human-caused climate change.

In addition, climate change is already challenging and can challenge our societies further. As climate refugees flow changes and grow in certain countries, particularly in equatorial regions, there is pressure to host them in another, to help them fight and overcome policy barriers. The flow of climate refugees is growing.

The reasons for this change have to do with natural resources becoming more scarce, such as drinking water, and many crops and livestock becoming unlikely to thrive (affecting locals as well as the global economy of many industries that depend on raw materials) in specific locations due to excessively hot, dry, cold, or wet weather. And, as it turns out, reports show that the world’s richest countries would see fewer changes in their local climate than the poorest areas if global average surface temperatures exceed 1.5 to 2 degrees Celsius.

We compared two search queries “covid” and “global warming”. People do not care about ecological problems but they care about their health.

Using Semrush, we have compiled 15 of the most popular questions related to climate change.

We used Netpeak Checker to collect data for each of these queries. This is a desktop tool for SERP scraping and data aggregation from top SEO services to analyze and compare websites in bulk.

We used machine learning as well to analyze the topics that people are interested in using the title and description of 50 search results for each of the queries.

To our surprise, people’s interests in climate change have split into three main clusters.

We also managed to define the context in which the main terms are mentioned.

People are worried about climate change, its causes and its consequences.

Climate change is here, and it’s having a wide range of consequences that will increasingly affect nearly every person on the planet.

The effects of global warming are felt globally. In recent years, extreme heat waves have caused tens of thousands of deaths across the globe. Since the 1990s, Antarctica has lost approximately four trillion metric tons of ice, a worrying indicator of future disasters. Some scientists think that if we keep burning fossil fuels at the same rate, the rate of loss could speed up. This could cause sea levels to rise several meters over the next 50 to 150 years, which would be bad for coastal cities all over the world.

The extent of each effect is decided by our collective decisions as well as precise details—for example, the specific area and the people who live there—but the range of implications make climate change one of the most pressing issues facing humanity today.

The main steps of machine learning